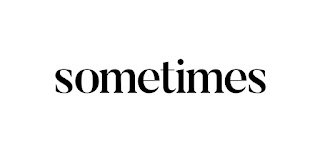 The grinding of the coffee beans and the songs on the phone,
The kids’ bedroom doorway and the smells of sensory hone.
It’s trash day, the compost bowl, the dishes to put away,
The hours-long wrestling match to remember the name of this day.

The concept of a manual has perched atop my brain a number of times in the last year and change, its landing style the fashion of double samara. After marination, the concept of grooming youth for adulthood wafts, a familiar, strangely unidentifiable fragrance.

Pages, it seems, have been ripped, Cliff’s Notes editions composed by a novice.

Sometimes the difficulty of squinting the eye just right so that the open one can look through the lens and not only see its own lid and lash seems like the hardest part. For some, the contents of the slide always present dollar signs. For others it might be fame. In both cases I think early-life circumstances scrunched something, skewed the vision, knocked the gears askew.

Those can’t be the things.

Jason Isbell lyrics, forehead sweat, cutting the grass,
Feeling rejuvenated after Communion, Sunday Mass.
Connection with a person, in life or online,
The sense of accomplishment, a thing to be called “mine.”

Sometimes the way the world looks…maybe it’s from behind the wheel -- perhaps it’s the way you witness a person treat a stranger. Everything feels foreign. Not unfamiliar, but foreign. Like, you’re interacting with decent, normal-seeming people and observations, but everything -- possibly only for a fleeting moment -- strikes you as 100 per cent unidentifiable. As if you woke, got out of bed, shit, showered, and shaved then opened your closet and every last article of clothing, um, wasn’t yours.

Like, you had all of the necessary things to dress and go to work, or get into your comfies and gear up for a day at home with your kids, or whatever it is that you do. One particular piece of your morning, though, was literally alien. As in, you paused long enough to sincerely contemplate calling the police. You didn’t. You ended up dressing and immediately the day started. One sidetrack led to another distraction led to another choice you made to check out for a minute, i.e. watch every single dash of every person’s Instagram story, even the people you usually skip. And all of a sudden it’s dinner time. Maybe you’re on the phone with a friend or a loved one. Perhaps you walk in the door from work or greet your partner doing the same.

It occurs to you (or them) that the items you’re wearing are, well, not yours.

But you’ve rolled with that by this point. It’s now a weirdness in the day, but you got your shit done. It’s a thing you’re totally going to investigate tomorrow.

That’s the way the world looks (or feels) sometimes.

Anthony Michael Hall asking, pen in lip, “Who am I?”
The unwavering notion that a particular person is the apple of your eye.
The front-yard bush you’ve always loved that one day hosts a nest,
The heavy, eye-closing feeling that defeated, you gave it your true best.

The point of all of this is that happiness is really what we seek, right? If you’re a person -- and I, right, wrong, or otherwise, suspect that there are a number of us out there -- that does okay, that gets by, that laughs and smiles but feels a portion of emptiness inside and you sometimes comes across a human (real life or online) that always strikes you as complete, as sated with geniality, you think about that person afterward. Don’t you?

Maybe it’s a pan flash as you ask the kids for the second time to wash their hands for dinner. Perhaps they strike you twice in a minute: while brushing your teeth and again as you reach for the nightstand lamp switch. What’ve they figured out that has eluded me? you might ask. Was there an e-mail message I overlooked? An app I was meant to download? Did I forget about a meeting?

Depending on who you are, there might be a deeper dive, a breakdown of family and relationships. Could be that the you that you are shrugs all of it off. You’re good. Cool with things.

The desire to paint and not be flawed in dimension,
A giddy plan awry that completely ignores intention.
The what’s-for-dinners and the running late again,
The realization that some people live to Hang Ten.

Sometimes things are confusing. Sometimes things don’t make sense. Sometimes people you -- who typically has a good human dial -- turn out to be a different type of person. Sometimes you look in the mirror genuinely disappointed in yourself for making a choice that’s totally out of line with your character. Sometimes friends and loved ones don’t know that you need more, and for a lot of those sometimes it feels more messy to tell them that than to just live with it.

It’s really weird to me that the world has gotten so in to what it’s gotten into. Social media, GIFs, memes, messaging. It feels like it all boils down to sharing and hatred. It’s one or it’s the other. Unless it’s both. And I’m no different. I’m right there. I’ve got streamers in my bike handlebars, popsicle stain on my shirt. I’m totally eating two hotdogs and 12 handfuls of chips. I’m rolling down the grassy hill when I know it’s gonna make my shins and calves break out. I’m completely following the kids into the house (where we were told not to go) with muddy shoes, knowing I’m tracking.

I don’t think it was supposed to be this way, though. We were supposed to take the junk mail and discard it. Not use it to build our homes.

A spark, a hug, a gesture that’s never forgotten,
Smashed by the dominance, the desire to be a little bit rotten.
Sometimes thanks are given that every day’s not spent fighting,
Sometimes the desire’s 1,000 words worth of writing.
Posted by blairjjohnson at 7:19 PM