Confessions of a QuikTrip Junky, #2 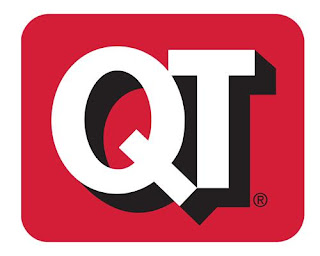 I’m greasing the wheels here a bit in an attempt to get some fresh momentum stirring, but this is a series I’ve wanted to do for a number of years now. I tried to get it off the ground some time ago with a story about how I almost soiled the leather interior of my mother-in-law’s then brand-new car, but I never went back to the well. At least not outside of my mind.

Regardless, the gist is this: The QuikTrip Corporation figured out some time ago that the blueprint to dominating your marketplace is simple: Be undeniably better than all of your competition. Be it by far and be it all the time. When it’s time to take it up another notch, do that. Without question. Hold standards. Be attractive.

Because of this -- their official approach in my mind -- I love QuikTrip.

I not only love QuikTrip and strategically plan various elements of my days based upon their locations (or lack thereof), I at one time became (and since maintained) and elite level of gas-station/convenience-store snobbery.

And I mean that to my core.

I think of QTs I might need to visit before the day is done just as often as I envision next-day stops. They’re my go-to for post-hockey cold ones, midday snacks, and refueling needs. My road-trip eyes are peeled for their highway-sign logo. Their employee-training program crosses my mind with every transaction. They’re on the brain when I must resolve to stop elsewhere, and their metropolitan commodes illuminate in my head like locations on a Google map when I know nature’s calling now.

I have unique respect for every single employee with whom I interact and crushes on most of those whom’re female. I know absolutely nothing about petroleum quality but have been convinced for years that their gas is superior, and now that I think about it, perhaps this was a long-term strategy: Launch a gasoline ad campaign to get them to stop their cars there and then, over time, make the entire experience the absolute best.

I’m not particularly thrifty, but I’m not fiscally foolish, either. And I say that to say this: I couldn’t give two shits what kind of margin QuikTrip cuts on any single item they sell. Going elsewhere has become not doable. Every other single organization out there pays virtual tortoises in the convenience-store hare race that is life. Seriously. Inside the units of literally 100 per cent of their competition you have cashiers that finish texts before waddling over to the register. They act like they’re either stoned, hungover, or outright special. There’s zero motivation associated with actually being at their job, and they haven’t even touched your first item yet.

No. They have to punch in their 46-digit access code before they then start scanning your goods with a C-battery-powered magic wand from 1982. And you know what the sound of that first boop always says to me? I’d already be in my car if this were a QT.

QuikTrip literally has the fastest card readers on the planet. Cashiers can jump between tills if someone’s remarkably slow to do their end of the exchange, and they’ll actually relocate all of the world’s worst people in the busiest of moments. And if you’re not picking up what I’m putting down there, I’m talking about you, lottery-ticket buyer. May your car’s air conditioning never work and may toilet water always splash your backside.

Anyway, I like QuikTrip. A lot. I wouldn’t say I’m their best customer, but I, some time ago, elevated myself to some imagined version of first-class. I don’t have much in the way of expectation for the intention behind this series, save to write about little moments I experience there or times I’m meant to envision being in one. I’ll eat all of the Combos and taquitos, pour myself the occasional Freezoni, and take respite in the fact that I can get ibuprofen, windshield-washer fluid, the rest of my sundry needs in a flash, and get the fuck outta Dodge in a good mood.

My only ask of QT is that they take the next, most-obvious, corner-the-market step and get in to the car-wash game. Might sound preposterous but they’ve razed and rebuilt how many stores in the last few years? For the sake of kitchen additions? And how much of an increase in sales have they seen? Have they come close to recouping their investments? Probably.

Well, that and expansion. I don’t know what the deal is there, but there’s zero reason why I should have to drive to Colorado or St. Louis and not pepper my travels with QuikTrip stops.

Anyway, I’ll get store numbers and employee names dialed in. We’ll take a journey down QuikTrip Lane. It’s gonna be fun. I think.

So get your breakfast sandwich heated to levels so scalding that you won’t be able to eat it til lunch. Pull 17 times more paper towels than you need after you wash your hands, and know that you’ve always made the correct choice even if you’ve had to wait for a parking spot.

QT is the bomb. I’m’a share random stops in to various stores that support that claim in no sense at all. I plan to always report on my beyond-satisfactory experiences. I’ll spend some money. I’ll probably drop in on the competition a time or two. And God willing, none of my stories will have involved shitting my pants.

I guess, then, it starts with the admission of being a junky, which I do and I am.

I’m not entirely sure what my documentation’s going to look like, how frequent it will be, or whether or not these shares will be entertaining. I can’t promise any blown-mind emojis and I won’t claim that I won’t get myself in to some form or other of trouble.

I’m’a keep giving that place money, though, and waiting in anticipation for the continuing evolution of roller-grill products.

See ya’ next time.

Posted by blairjjohnson at 10:27 PM