It's been most of 20 years since I first discovered Lao Tsu's Tao Te Ching. I was in a pretty hippie-dippy lifestyle and mindset, and had all but shunned Catholicism. In short, it jived with me.

I'm a little bit less of a hippie now than I was then, but I reckon I'm still a hippie at heart and there's a lot about eastern thought that I still dig.

Whether it was age, immaturity, my daily bong hits for breakfast or a combination of all of the above, it was hard to wrap my head around every thing this text tried to communicate but it spoke to me nonetheless. I love the message in its passages and would be remiss if I didn't mention Benjamin Hoff's The Tao of Pooh and The Te of Piglet as cornerstones for helping me better understand the concepts.

When I finished the last book I was reading and returned to my shelves for the next project I came across my old copy of Tao Te Ching, and although it sat there silent, sandwiched between Jon Krakauer's Into the Wild and D.H. Lawrence's Sons and Lovers, it spoke to me again.

And I couldn't have been happier to see my old friend.

So I've spent the last two months with it, contemplating its lines, embracing some of its messages, shaking my fists at its simplicity.

As a whole, the publication is as any other book is and should be: imperfect.

That doesn't detract from its message, though. I think -- as a people, a chapter in the universe's history -- that so much good could be harvested from the world if we all made an effort to follow a sliver of what Lao Tsu wrote. Like books, I'm far from perfect and am humbled by revisiting these pages and having a greater understanding of my flaws and how I can become a better human being.

Anyway: Whether it was a good idea or not, it occurred to me that I was nearing my 10,000th tweet and since the elements between heaven and earth are referred to as the 10,000 things, I thought I'd try to condense each chapter into a 140-character-or-less synopsis. There are a few exceptions around which I could not dance, and I should thank James Inman for turning me onto the Stephen Mitchell translation of the text, which I turned to often in this exercise. The results follow.

I love you people.
Read more »
Posted by blairjjohnson at 9:28 PM No comments:

(Editor's Note: This is the latest installment of a new series in which I take content from the outline of a recent dream and flesh it out with fiction, hence the title. Rest assured, there is nothing but offices and ice machines in the Steamworks basement. For now.) 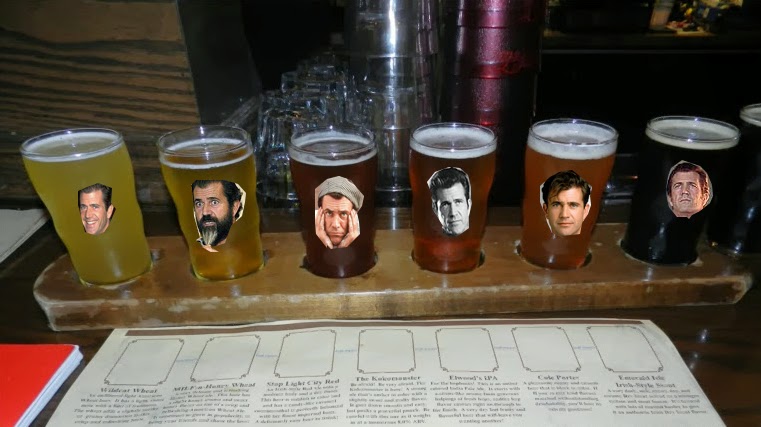 Every time I approach Durango I’m curious what the mix of familiar/new will look like. Steamworks Brewing Company might be the ultimate microcosm of this phenomenon.

On my last visit, I came across Jeff Baker, who was both.

He’d moved to Denver some time ago having hung up the general-manager skates of the East Second Ave. brewpub. There he was, though, running the place again, and perhaps he was most proud of the refurbished basement, which had been notorious even pre-renovation.

I can’t recall on which day of the week he invited me down for a tour, but the construction of an entire corridor proved far from the only thing that surprised me. In fact I couldn’t even process my surprise before the temperature of new wing widened my eyes.

Read more »
Posted by blairjjohnson at 9:50 PM No comments: