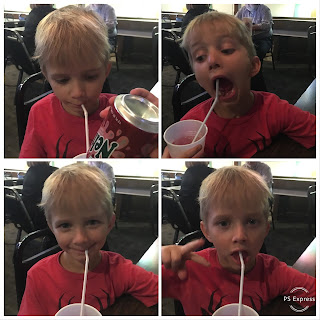 When my alarm sounded at 3:30 Mountain this morning, I felt mostly in control of my travel anxiety. All my clothes were washed, neatly folded in my suitcase, the contents of my carry-on tucked and zipped in their necessary compartments. I avoided snooze, had my morning pee, showered, shaved, and summoned an Uber.

Richard and I made the appropriate amount of conversation for 4:15 a.m. and his Toyota Prius puttered along the Colorado freeway with efficiency. The security line was buzzing as usual at Denver International Airport, and once I was through it, off the train, and seated at my gate, I found myself purposelessly jumping in and out of apps on my phone. When I’d grown tired of this I looked up and noticed a woman across the aisle looking at me. I looked back down in what was likely a normal bit of social awkwardness, but was quick to return another glance when she spoke my name.

“Lesley Speer,” she said. I jolted out of my chair, likely energized by the strange feeling I’d had in Richard’s Prius that I would run in to someone I know, which happens more often than not when flying to Denver from Kansas City, or in this case, the opposite.

I sat with her for the 10 minutes or so until it was my turn to get in to the Southwest Airlines’ numerical-order line, and -- the flight being at capacity -- that was the end of our exchange. I’d already downloaded a podcast that was nearly the exact duration of the flight, and as we prepared to taxi, I snorted at the preview for the upcoming Between Two Ferns. I repeated my out-loud chuckles as I consumed the podcast, and probably made the couple sitting next to me think I was a little bizarre.
Read more »
Posted by blairjjohnson at 10:49 PM 1 comment:

Dream Fiction no. 6: The Janky Pontiac & the Soaked Tuxedo 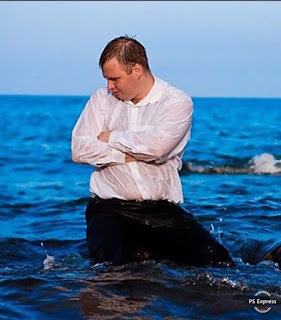 When Phil and Jennie’s big day’d arrived, my anxiety had reached a pinnacle that likely rivaled their excitement. Their private ceremony, now six weeks in the rearview, along with its 25-person guest list, had carried the energy back to the grind with everyone, but had never waned. Not even, or so it seemed, when it came to me living in their newlywed space for the duration.

The three of us had managed to avoid toe-stepping in Phil and I’s old East Fourth Avenue pad, but I’d only wound up staying there by accident: car troubles, coupled with their wild generosity, had landed me back in my old college bedroom. The time had come, though, for the party to happen, for my exit to springboard them into their real life of marital bliss.

There was, of course, the matter of my ’88 LeMans, and whether or not the suffocated-by-faulty-exhaust engine would be able to get me from the San Juans back to the Front Range. The brakes still had enough life in them to get me down the mountain passes; summiting them, though, was a different story.

At least the heat and the stereo still worked.
Read more »
Posted by blairjjohnson at 2:14 PM No comments: