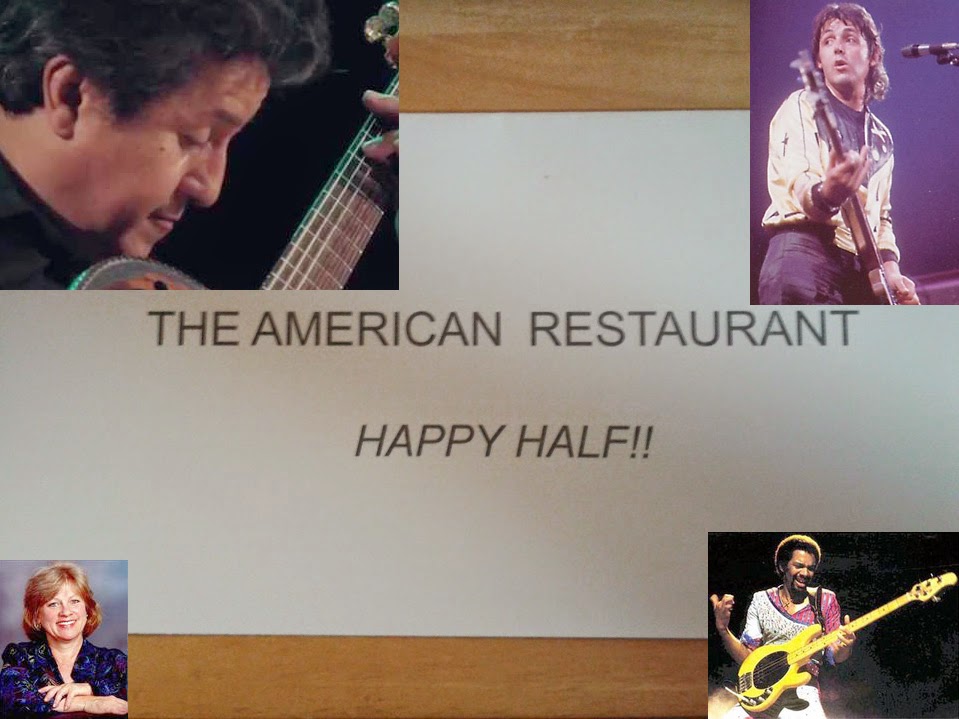 I startle stupid easy. I also employ a certain level of stubbornness and feel -- for the most part -- that celebrating birthdays is for a) people between the ages of two and 10 and b) folks outside of that age range that are into themselves like normal folks are into sports and reading and morning bowel movements. Therefore, I have crafted three life rules for you category-b folks unfortunate enough to have to deal with me on a quasi-regular basis:

1)      If you sneak up on me I will punch you right in the neck. Hard. And not feel (too) bad about it.
2)      I like things my way, alright? Things one might store in folders called “Some Other Way”, “This Way, Perhaps”, or “Another Idea Is” have only one place they can call home: a shredder.
3)      If you’re way into your birthday (Editor’s Note: Look away if you want; we all know who you are.), you are only allowed to say one word on your celebratory day. You may say it as many times as you like. You are welcome to conduct orchestral phrases with varying uses of the word. Pen speeches with it. Utilize sign language to communicate it, but know that it is your only word for the day and each expression of it must be exclamatory. Here is your word: me.

Read more »
Posted by blairjjohnson at 10:35 PM No comments:

Forty-Three Years After...And Then Some

Alex is one of the most gifted writers I've ever known. Now is not the time to criticize him for letting his talent fester (Editor's Note: eight-plus <cough> months since last <cough, cough> post.) in a puddle of spilt microbrew (that he told y'all about on Untappd!) and smoked pork fat. Rather, it should be noted that -- when he's not busy masturbating the retweet button when his phone buzzes about tea parties and Colorado weather -- he's a pretty good follow on Twitter. He's good for a couple doozies a day, even if it is about the lunacies encountered in his daily public-transportation commute or the apparent flock of still-mourning-Tebow that inhabits Denver. For example:

I won't argue his point, here, which is unusual for me; Alex and I have a healthy history of arguing within whatever medium upon which we can wrench our mitts, but I'll give him this one. I've never owned Freedom Rock, nor have I held a copy in my hands, or given it a listen. I find it amazing that it they actually sold copies of the album considering how many thousands of times that commercial aired when the compilation was released. His tweet is true, but I'll add to it: There are some pretty solid cuts on there, too. Namely, track two, which was written by Alvin Lee and performed by the band Ten Years After. You know it because of its token line:


Read more »
Posted by blairjjohnson at 11:25 PM No comments:


These are my kids. I don't say this because I deserve a parenting trophy, but on Mondays Wednesdays, and Fridays I pick them up from school. I say it because the thing is an ordeal and the ordeal is a thing. It goes like this: Retrieve the boy from the infant room and lug his heavy ass and all of his gear to the car. Drive to his toddler sister’s school where she and her sass get loaded.

Between the loading and the arriving (and subsequent unloading), we each have a need. My son's is simple, envious: Keep it down so that I may squeeze in a nap that lasts from the start of the car ride 'til you unbuckle me later with three seconds to spare before you load my mouth full of hot, dry dinner, then a pre-bedtime bottle. His sister's need involves telling me multiple times (and in no certain order) that she a) doesn't want to go home, and b) wants her mama. The distance between my admiration for my son's need and the shitty feeling I get from listening to my daughter offer her reminders is much longer than the drive from school to home. My need is frequently hopeless: Keep the fussing and crying to a minimum.

Last Thursday, as we loaded, my daughter began her anti-home proclamation and I announced a surprise: We were going to NanaJuj's house for one last time.