A strange thing occurred in the final run of this series: I finished writing it and then didn't have time to edit the last two pieces and get them posted.

Guess that's how it goes, though.

Anyway, here's the second to last and the last will follow right after it.

Thank you for reading.

Forty-Nine: the smell of a neighbor barbecuing

Forty-Eight: the waning moments leading up to the house lights going out at a Phish show 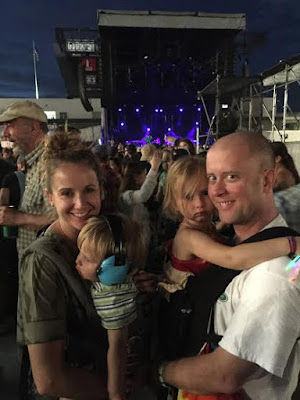 Forty-Seven: the look of the driveway and the sidewalk after a post-mow blower run

Forty-Six: the smell of a dank, old, paperback book’s pages

Forty-Five: the sound of rain bursts running in the wind


Forty-Three: coming out of a car wash

Forty-Two: the smell of gas pumping on a warm evening

Forty-One: stepping out of a tent after a heavy camping rain storm in which you and your stuff stayed dry

Forty: the feeling of getting close to finishing a leg-day workout

Thirty-Nine: my son discovering that burping and farting makes him giggle

Thirty-Eight: the occasional convincing hunch the moment a basketball leaves your fingertips that the shot will be a swish

Thirty-Seven: the start of a road trip

Really. I came across this article the other month. I’ve not even attempted the others with any consistency, but the cold shower thing…crazy. And this is comin’ from someone who could knock out 25 minutes of the steamiest on the reg’.

Thirty-Five: the feeling of climbing a tree

Thirty-Three: following the 2000-2001 Colorado Avalanche from the trade deadline to the moment Raymond Bourque hoisted that grail above his head

I got goose bumps halfway through that sentence. Might be the most memorable sports run I’ve ever watched. Sixteen double-you.

Thirty-Two: my buddy’s comment in finding out 2015 was a family year at Dick’s

“I love camping with the Johnsons. I’ll just arrange my own transportation.”

Thirty-One: the rowdy, east-coast party crew we camped near at Dick’s, year one

I guess this was a big thing; the Dell dude claims he made 26 of those commercials. I don’t remember a single one.

Thirty: the pizza picture (Note: I have no idea what this means. None whatsoever. It’s been over about six weeks since I wrote it and I got nothing. I guess, then, the gratitude here centers on the peculiarity of the human brain and how you can do something -- like pen a thought -- in one minute and come back to it later have no idea what you were thinking.)

Twenty-Nine: the smell of toast

Twenty-Eight: the feeling of accomplishment when the last thing on a to-do list gets checked off

Twenty-Seven: getting cleaned up and dressed after a good, healthy sweat

Twenty-Six: picking out a Christmas tree, getting it home and decorated
Posted by blairjjohnson at 12:06 PM