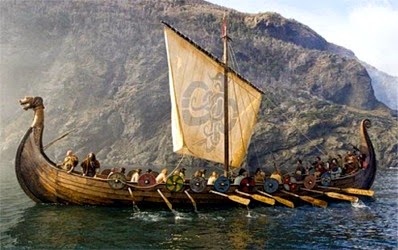 When we got back to Seamus’ place I unloaded the contents of my pockets on the coffee table and paced, waiting for him to retire. Hearty, relaxed breaths were hard to come by and every time I stood still, whichever knee I placed weight on trembled a touch. My guts kept pinching themselves, leaving me in a spot where I didn’t know if I oughtta double over to counter it or hustle to the toilet. His couch begged for me in such a loud whisper that -- for a second -- I wondered if it was audible outside my head. One second I’d strain an ear listening for the sounds of his bedroom television to come to life; the next I rubbed my face and checked my watch.

At last I heard the murmurings of voices -- perhaps from an episode of Law and Order -- and flopped onto the sofa as though it were my Battle Royal opponent laid out on the mat. I pried my shoes off with my toes and sunk my face in the throw pillow, fantasizing about the huge piece of sleep that lay before me.

But a moment passed; then another. Before long it was five, 10, then 25. It’s possible I dozed between the 25- and 30-minute marks, but a full-body twitch launched me right back awake.

“Fuck,” I said, rolling onto my back. Seamus’ ceiling was that weird white, textured surface, and in it I could find no patterns. When I’d had no success seeking shapes, I switched to symbols and drifted into that cosmic window where I remained dazed for so long that -- when I looked at the clock -- I couldn’t remember what time it had been the last time I checked the time, or even at what hour I’d laid down on the couch. When I went back to the bumps and splotches of the ceiling, I remembered the summer of ’73, which had been when I got to know Abel.

My age sticks out because I’d just had Mrs. Clemmons for fourth grade. I’d come out of third grade with a bit of confidence in my studies and I’d been unsure if that would continue into the following year. I don’t know that I did anything out of the ordinary, but Mrs. Clemmons offered sporadic encouragements that left me feeling like I had some sense of control over my academic endeavors. She’d utilized a gentleness to show me that I was smart, that I had a good grasp on the world. So until one July afternoon at Abel’s most everything I’d seen in the world up to that point made just enough sense that I never questioned it.

When I first started going over there it’d been curious to me that his older brother Thomas was always in his room with the door shut, muffled noise and the slightest whiff of something strange eking out from behind it. After two or three visits I became accustomed. That changed one Saturday.

“Abel!” My friend’s mother screamed from the kitchen window.

“I’ll be right back,” he said. I watched as Abel climbed down the treehouse-ladder steps made of felled branch pieces. From behind the scrap-wood railing, I sat on the plank-supported platform for most of 15 minutes before twirling pine needles and picking off bark pieces no longer held my interest. I didn’t feel nervous entering the back door alone, but my curiosity regarding the delay had fostered a bit of anxiety. I could hear Abel’s mom hollering over the commotion created by the machines in the laundry room.

The words she used to describe Abel’s father, the names she called him, and the ire with which she yelled pelted me like sharp, stinging hail. I would imagine I’ve since heard most of the terminology she used that day, but all of it then -- in that storm of a moment -- left me unable to absorb. I’d been unable to peel myself away from the scene, yet wished I could become invisible. Abel’s father sat on a stool, his head and face in his hands. It sounded like he was crying. When I spotted tears in my friend’s face it occurred to me that both of them were upset. Without realizing it, I let out a sniffle of my own, which all but ended the exchange.

“Abel!” She spun to face her youngest and in her motion grabbed a shoe from atop the dryer. “You left your pussy little friend out there by himself this whole time? What’s the matter with you?” When the sole of the sneaker clubbed the side of Abel’s head, his knees buckled and he crumpled into the pile of sheets on the floor behind him. I’d all but felt the blow, too, like a fist piercing my abdomen.

“Now go on,” she said, “and get back outside. And tell that piece-of-shit brother of yours I want that sink fixed this minute.”

Abel motioned for me to follow him and I darted across the laundry room into the kitchen. As we approached Thomas’ room, the familiar noise and smell rose to greet us. Abel knocked a few times, hollering his brother’s name in between poundings. After repeated non-answers, the younger brother shrugged and twisted the door knob. When we entered, I navigated around the clothing articles on the floor as if each one were a land mine. The walls were hidden by posters and magazine cutouts while lamps and dangling strips of beads and fabrics made it difficult to ascertain the room’s architecture. The smell was thick and crisp now with the door open and I didn’t know it at the time, but its source was a twisted, burning marijuana cigarette in the ashtray up on the loft bed next to Thomas. Abel’s brother sat there with a sketch pad in his lap and a charcoal pencil in his grasp, still unaware -- courtesy of the ferocious John Bonham drum rolls in “Since I’ve Been Loving You” -- that we’d entered.

Abel twice more called his brother’s name before deciding to rapid-fire flip the light switch on the wall a few times. Thomas looked up, down at us. I’d expected a fury of words to drench the younger sibling (and perhaps his friend) for having entered the mysterious lair without permission, and when Thomas put down his pad and hopped down to the floor, I feared that maybe a beating would accompany the verbal wrath. Instead, Thomas strolled to the stereo with similar, cautious steps and lifted the record-player arm, bouncing an ear-ringing silence off the walls. As a curiosity rifled through the contents of my brain, I realized that this was only the third time I’d ever seen Abel’s older brother; the previous two had been but flashes of him returning to his quarters from the bathroom.