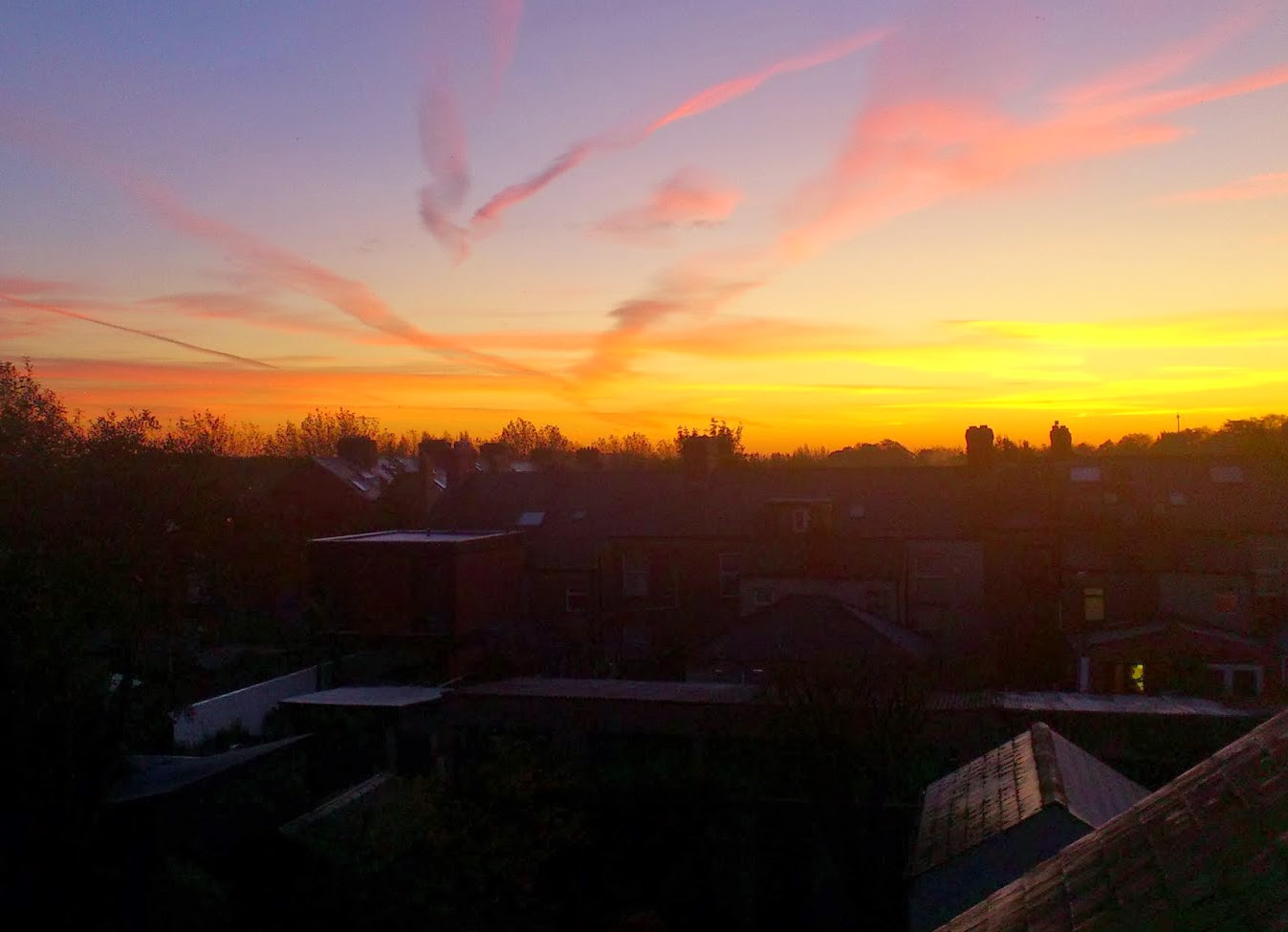 Thomas started stealing sleep at age nine. By 13 he was a master. No parents, teachers, or family members could catch him; only the occasional friend. The thing had a sort of organic development. What began as a struggle to rise for school and a need for a nap after it had dismissed became a quasi-chronic exhaustion that garnered too much -- Thomas was quick to realize -- attention.

“I was fortunate,” he said, “to recognize that they were similar to snacks and meals. I’d get them, but had to wait for privacy to indulge, or else I’d have a caravan of adults monitoring my every move.”

By virtue of accident Thomas shared his story with me and Abel one day -- about a year or so after that Led Zeppelin afternoon -- as part of a point he’d been trying to make; by the time he realized his once-clothed secret stood naked before us it was too late to abandon his tale.

“Whether I had to shit or not,” he said, I could knock out a seven-minute snooze in the stall at school. Easy. And when your parents maintain a schedule unflappable in its predictability, it’s like schooling a fat kid in one-on-one: a single head fake and you can drive the paint every time.”

Thomas recounted the numerous times he’d sneaked some shut-eye in the back of the ice-cream parlor that employed him through his high-school years; the piercing door chime had always been loud enough to alert him of customer entry. He mimicked his favorite classroom positions that never once -- he claimed -- caused curiosity in the mind of his instructors. He boasted of the long-term ability to deceive his father into thinking that the endless hours confined to his bedroom were always spent on studies. Abel’s brother bragged -- with readjusted poise -- that he’d even held an outside-sales position for over a year before the ease with which he slept his paid hours away became so little of a challenge that boredom persuaded him to quit.

We’d only been conversing for a few moments that day we’d entered -- in fear -- his room without permission before the boys’ mother appeared in the doorway. She’d come in with a silence even slyer than ours and before the next time change in the at-play song occurred, Mrs. Proffitt unloaded a rapid-fire sequence of horrific insults that preceded a Tasmanian Devilesque tear through the room. Abel and I watched -- motionless -- as she ripped a pair of drawers out of Thomas’ smaller chest and flung the contents.

A once-folded pile of t-shirts hit the stereo, causing the euphoric brief crescendo of the “Tangerine” solo to halt with a cringing scratch. Abel and I waited for Thomas to come unglued at the apparent destruction/interruption of his music. Only he didn’t. Not then anyway. He didn’t flinch when she launched his Graceland paper weight through a pane of glass in the window next to his stereo, and he didn’t blink when she toppled his special art lamp. When she ripped the charcoal drawing of the tree house from its easel clamps, everything shifted.

“Mom!” Thomas freed his lap of its contents and scooted to the edge of the bed. Mrs. Proffitt appeared to stare right through her first born as she tore the thing into vertical halves.

“What the fuck is wrong with you?” She discarded the violated piece and, with a robotic jerk, swung her neck so that she faced a wood sculpture atop one of the stereo’s cabinet speakers. Lunging, she moved in its direction.

“Don’t even think about it!” In what had maybe been 30 total seconds, I saw more emotion pour out of Thomas than I had ever seen prior and I have not seen it since matched. The boys’ mother squatted and corralled the piece -- I later learned it had been a gift from Mitzie, Thomas’ first (and only) girlfriend -- in her right arm and hurled it, discus-like, in one swift motion. My brain had not even processed the explosion against the wall when the flash of Thomas’ figure traversed the room.

There was a cracking noise that stood above the shattering of the delicate sculpture and as I looked to take its source in, I saw Mrs. Proffitt crumbling to the floor where she’d stood. When I shifted my gaze of awe to Abel’s brother, I noticed that he stood over her, flailing his hand as though he’d just jammed a finger.
What happened next remains a mystery as Thomas had shooed us from not only his room, but the house, all but escorting us to our backyard place of origin.

As I lied there on Seamus’ couch, I couldn’t help but think of the misguided path the lives of both boys had taken them on before they were even old enough to realize a fraction of the dysfunction in which they lived. It hadn’t been fair, I thought. It hadn’t been fair for them to have been subjected to such a harsh childhood only to have the first slice of the adult world (at least in Abel’s case) crushed like a sidewalk bug before it even made it to the next yard. I stared, delirious with exhaustion, at that strange ceiling texture and could not recall a single morsel as to where Thomas had gone to live. I supposed it plausible that he no longer did, but I also decided it to be an impossibility that Abel was dead. And it wasn’t that I missed his companionship or anything like that. It was just unfair.

I decided he was still alive and that I would find him. I decided that and -- thanks be to God -- fell asleep. I can’t ever remember being that tired before and I know I haven’t been since. It made me long for some semblance of the instant-sleep technique Thomas had perfected so many years ago.
Posted by blairjjohnson at 10:29 PM