A Necessary Exercise: Not Oscar's Home, Not Wednesday Night, and Not the Band 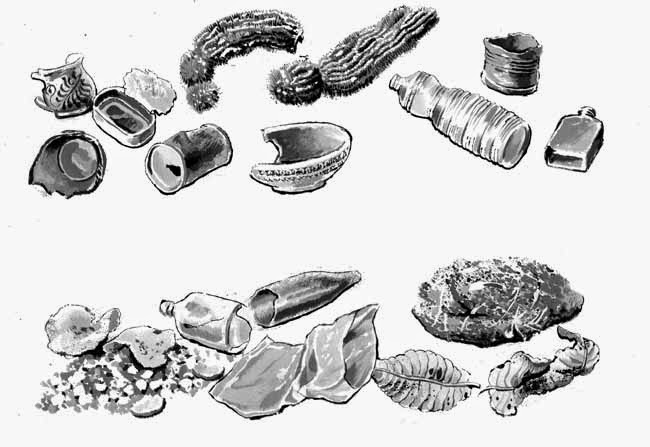 The blank screen. The white page. Blue skies from pain.

Erin O’Laughlin manages a life way busier than mine with double the work hours, double the children, yet still adds to her Cornucopia.

People snap pictures of their backpacked loved ones.

I find myself irritated by the new Pandora channels I just started to love. Tweets via SMS invoke ire, especially when smart -- and all of the ones I follow are -- users RT the day away instead of sharing original thought.

It’s 10:00 on Friday night and I have but bottled enthusiasm for the Kansas City Royals. Another football season looms. Another Dwayne Bowe suspension hangs. Disappointment remains inevitable.
I haven’t unpacked my basement. My stereo, in pieces, occupies a shelf. Because of that -- and so much more -- I’ve given my son the typical second-child shaft. My job is my car and my car clings to function by wood glue and duct tape.

And I, of all times, have grown a gut. My undershirt doesn’t hide it; the bedroom mirrors highlight it.

The mass of the world that I don’t understand grows at an exponential rate as I run towards 40. College friends that were once identified as the best of a lifetime fade from my circle. What stands out most is this reverberating feeling of having missed it, and it is everything I’ve loved. The harder I try to not be tired, the tireder I am. All the time.

But what of it all?

Stephen King got hit by a van. Natalie Goldberg’s collection list looks like a record label’s attempt to rerelease greatest-hits compilations under a different name, each version with a previously unreleased track. And Neil Young? Well, I’m mad at him because I haven’t done his discography the service I did Bob Dylan’s, which is to say I’m mad at me.

It occurs to me that Bob Dylan could die next month. Or tomorrow. And social media will explode. PBS will make a documentary. Many networks probably have them in final-edit mode and crouch with eagerness.

That was 400 words and it exhausted me.

I’m in a relationship with my desktop computer. We just hit the seven-year itch and it’s showing signs of leaving me. What it wants me to do is stop using it to check Facebook because it can’t handle it. It’s like my computer is a Mars citizen in Total Recall and every time I scroll down my Facebook page I’m turning off the oxygen long enough for it to get develop a third-tit mutation.

When I’m in a good writing groove, it’s like I’m the guitar licks on Surfing with the Alien. I just move through shit. An idea hits, I work the shit out of it, edit, post, continue. But there’s a sour piece to everything, and that’s this: All I’m doing is blogging.

I mean, it matters because at least I’m writing, but I’m not working on anything that feels like it’s work toward traditional publication. So I create posts and share them on Twitter and Facebook and maybe -- maybe -- 50 people read them. It’s probably more like 35.

Translated: Nobody gives a shit.

And who am I to judge nobody? Nobody. Why? Because I don’t give a shit about the majority of the stupid shit anybody else puts up there, either. I click on interesting-story links and read a few status updates, but -- for the most part -- Facebook is fucking annoying. And Twitter is like a galactic black hole that quintuples its size and usership every hour. You can’t even see my shit with the Hubble, man.

So I don’t know what to do.

I came down to the cave Tuesday evening -- my writing night -- and wrote a grand total of zero fucking words. I stared at the screen for duration, accomplishing nothing more than pasting the lyrics to “Hey, Hey, My, My” onto a page, thinking I’d craft some neat little puke of a story out of that. Duh-lete.
Pissy, I retreated upstairs. My wife, who has been with me for 124 months, of course knew. I lied. Multiple times. Nothing was wrong, I insisted. She bears the lovely responsibility of having to meet the needs of all four of us under this roof. I didn’t seem fair to throw one more kernel in the pot.

I keep thinking that these are the answers: Get to bed by 8:30 and rise at half past three with a healthy chunk in which I might meditate, shower, and write for two hours before starting the work day. The plan whets my appetite but I can’t get beyond that grocery list. It’s as though I don’t even have money to shop with or a vehicle to get to the store, let alone the time or the patience. So I sit, hungry, and stew. It affects my happiness, and I take it out on others.

The biggest pitfall is that I’m all or nothing. Eight thirty isn’t realistic so I bail on the entire thing. I don’t have the skill set to settle for a small piece of that plan; it’s so much easier to just be angry and feel that permanent pain in my chest and on my brain and repeat the cycle, the excitable dog who’s spotted his tail.

So I revert to some stage of childhood, like two weeks ago when I bought a lottery ticket, something I do maybe -- maybe -- once every two years. And you know what? I waited until Wednesday evening to check the paper, as though a display of patience was somehow going to increase my chances of having the numbers. I found it less than amusing when I discovered that I didn’t have one single fucking correct digit.

Or the other day when I was wishing hockey season would start, like the eight months between then and the Stanley Cup final that would not feature the St. Louis Blues was somehow going to generate satisfaction, be a tranquil thing in which I had newfound patience.

Or 12 seconds ago when hearing “Out on the Weekend” made me think -- for the 100th time -- that the writing and recording of that tune was some sort of cosmic ingredient penned for my success in life. Existence has a funny way of issuing reality checks, though, like following that up with -- yet another -- Crosby, Stills, Nash & Young track.

David Crosby is nothing more than the Saturday Night Live character. “Love the One You’re With” sucked, and studies[i] have shown that Graham Nash is a God-damned wanker. So keep your D.C., your Stephen friggin’ Stills and keep the British, “Immigration Man,” out of freaking America. I’ll stick with my Canadians and my into-the-mystic Irish brethren.

I have some work to do in the Tom Waits department.

I also have five haikus that I think I wrote a wink over four years ago to the day. I found them a few months back and wondered what I’d ever do with them. Here they are:

one
Flying hungover:
A repeated pattern that
Needs avoidance now.

five
Breaking habits blows.
I can see the hovering
Time just out of reach.

It felt good -- and a touch frightening -- to throw those scraps in the trash.

And there went a library-book receipt from April.

It’s amazing how annoying some Led Zeppelin songs sound on the 1,000th listen -- I’m looking at you, “Black Dog” -- while others -- “Your Time is Gonna Come” -- remain pedestaled. It probably helps a little that the latter has become a favorite of my daughter’s.

If you’re ever over, you can poop in my basement toilet, but you should know that that’s a three-flush kind of situation, which means I’m going to wind up looking at the fragments of your turds that didn’t make the cut (be it first or second), and let’s be honest: Nobody wants that.

When do you suppose people first began to wipe?

I clicked on an Indian video earlier that I knew was going to be the sad/uplifting type. It was the one with the bullied boy that plays the guitar for his cancer-laden mom. Check it. I’m going to puff some tobaccs.

“Sunshine of Your Love” is on. It’s fascinating how I used to hold this song in such high regards. Not quite as fascinating as the fact that classic-rock radio still feels compelled to play “Layla” at least once a day, but fascinating, nonetheless. And somewhere, in the folds of my brain “In a Gadda da Vida” is still relevant. Not necessarily to me, but to some…people.

I hope my daughter takes up guitar. Or piano. Or some instrument. And I hope she pursues it because she channels that artistic passion that moves you to create, not because she feels like she needs to do it for the sake of popularity or some other crappy reason.

Ferguson saddens me. I wish we could make that element of society not exist anymore. The mindset. Not the people or the place. It would be a thing for which John Lennon would be a good speaker.

Mark David Chapman has a parole hearing this month.

It’s so weird that Richard Wright is dead and has been for almost six years. There’s a new -- and what I imagine will be the actual last -- Pink Floyd album coming out in two months.

Where it goes from here mystifies. The half-full glass sits on the window sill, eyeing me when I walk past it. Many times I return to it, seldom able to recall if it appears empty because of my consumption or a conspiracy theory that accelerated evaporation lingers as a plot against me. It’s a matter -- it turns out -- of getting the ideas down, list form, and channeling discipline. The invisible source has to become obvious at some point or I might wind up damaged.

What a mellow summer. Creepy, even. Like: The piercingness of winter waits, one block away, with sinister laughter. I’m ready for it, though. July and August haven’t bothered me, but it’s been a while since I looked forward to a season. There’s good energy associated with the coming months. I can’t put my finger on why or what that will look like, but it’s there.

Enough with the musty cat-shit aroma of this floor -- the one my daughter reminds me we have to say good-bye when we’re retreating to -- though. This was what I imagine a several-month stretch of daily physical-therapy sessions to resemble, but I saw it through because it felt necessary.

What a riff-rich composition. What an outfit. What an end.

There’s a project in that what-you-hear-when-you’re-14-will-forever-be-the-most-powerful notion and I aim to get into it. I need to add it to the list and figure out the angles. I can already smell the rendered bias.

And there -- Mr. King -- are your 2,000 words (between the lines of ages) that took a painstaking three hours to assemble.

But I’ll get there.


[i] In this case, “studies” means nothing more than an opinion validated by a coincidental Wikipedia search.
Posted by blairjjohnson at 1:35 AM