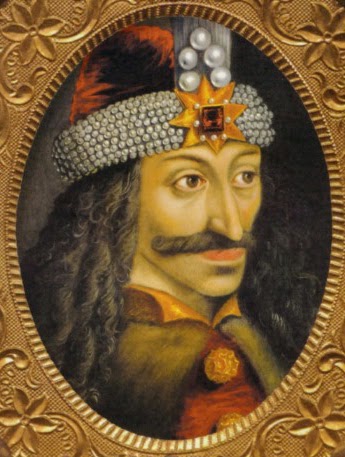 The strange feeling of a sunny, cold afternoon (with mosquitoes) floated through the windows of the ’61 Buick LeSabre. For a moment we forgot about the fact that we couldn’t put the top down; the pile of toasted bologna sandwiches was that good. I bit into my fourth and stuffed some kettle chips into my mouth at the same time. When Bill passed me the half gallon of milk, I gulped from it, leaving a dirty-finger, kettle-oil residue on the carton. I couldn’t remember the last time I’d eaten while sitting, not looking over my shoulder at flight-sacrificed crumbs. In one fleeting second I a) imagined what Ally Sheedy felt like when she ate that Cap’n Crunch/Pixy Sticks sandwich in The Breakfast Club, b) remained unbothered by the cow-juice-saturated white bread as shingled its wet self to the roof of my mouth, c) enjoyed the sensation of breathing slow while chewing, and d) pondered the spring board meeting in which taupe was deemed a fit shade for the new LeSabre.

“Think we should try to get the top down again?”

Abel squeezed the question from his lips while pinching once, twice, a third time at a fresh chaw.

“Why?” I eyed the last bit of my sandwich and wrestled with whether I wanted it or the final handful of chips to be my last bite. “S’broken”

“’Kay,” I said. “You got a stash o’ fuses in your shorts?” I hid a satisfactory smile; finishing with the chips had been the right call. There’d been a time I would’ve shared the thought with the long-time acquaintance. Many months had passed since I’d called him friend.

“Don’t,” he said. “But there’s enough voltage down there to get your sister good an’ charged.”

The deli wrap that had nestled my last sandwich had moistened a touch from the grease of the delicacy and when I’d crinkled it into a ball I could tell it no longer maintained the firm straightness it had probably sustained inside its packaging box. As my fist struck Abel on the jaw I thought I felt the wad of wax tear beneath my fingertips. When I scrambled to get on top of him, I noticed a hunk of chewing tobacco moist enough to’ve clung to the window glass. Beyond it, somebody approached the Buick.

“The fuck you do that for?”

Abel released his clutch from my wrist and I let up the pressure of my thumb on his Adam’s apple. He sat mostly upright in the driver seat; I could hear his left hand fumbling for his Arsenal.

“Just seems like you oughtta take care of it, much as you talk about it.”

Abel placed the revolver in his lap and swiped the chunk from the window.

He picked his pipe up off the dash and ran a match head against the striker. When he’d fanned extinguishment, he employed the tip of his middle finger to turn up the stereo volume a scosh. The part of Jimi Hendrix’s “Bold as Love” -- where he hits that sequence of seven bars twice in a row before the fade that precedes that trippy, echoish drum roll -- filled the sedan at the perfect volume. It was like the song started there, prompting me to air jam; it wasn’t too loud so Abel let it volume be. He musta known the track, though, ‘cause he rolled the knob counterclockwise as those last 20 seconds of Jimi wailin’ began to fade. I wanted to know what was next, but then I remembered the man.

As I inventoried his getup -- boots, hat, jeans, suede jacket -- the stranger’s gait almost seemed familiar. Then I forgot everything I’d just seen when he pulled the left side of his jacket open to show the butt of his piece stickin’ out of his waist band. The dull scuff of earth beneath his soles drowned the opening segment of the next song. Maybe it was my newfound anxiety setting the mood, but the only thing I could ascertain from the riff was that it sucked. My guess was that it was “Josie” and my claim is and was that that was the worst cut Steely Dan ever recorded. In a trance I caught myself sending a hate stare at the mystery man that approached us and in a flash I envisioned it being Donald Fagen. Had it been, I might’ve nabbed Abel’s arsenal and fired it.
Posted by blairjjohnson at 11:25 PM