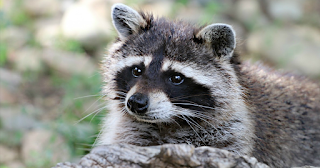 Had I done a better job, had I had the wherewithal at age 30, I would’ve better documented the Ireland trip, and in hindsight, some key experiences cry out from memory lane, lamenting the faintness of their existence in my mind. Fiddle-playing John Madden from Killarney will always burn the brightest, but the Portuguese fishermen in Dingle remain a close second.

There’d been the aged what-the-crick bartender who held a fleeting residence in the romantic corner of my mind, and of course my girlfriend at the time, whom I’d eventually marry (and eventually divorce). I’ve never been able to take my mind off of those fishermen, though. Their fervid drinking, wind-chapped faces, and hands that resembled those of Oswald Cobblepot. That I thought for a moment that I could converse with them proved somewhat correct; I knew Spanish, but had never heard Portuguese. Hell, it had probably never even occurred to me that other versions (beyond Castilian) existed.

This young brunette, Rachel, and her son, me and my kids along with Emily and Jaden, Tiffany and a friend of hers, and Customer Service Manager Mickie Hammer, all of us…holed up in my old room, along with my mom, and a few others…the lot of us crammed into a somewhat-dilapidated version of my mom’s old house. There were wind gaps and leaks, snow on the ground outside, a possum that’d repeatedly gotten in, and then there was the Ben Katz crew at 5:00 in the morning with their dog that bites a lot…the angry fashion in which I’d asked them to leave shortly after their arrival.

This brunette, though…a person that doesn’t exist, infiltrated my dreams for the second time in a week…and there was passion between us, a passion that – now, in my waking hours – has faded back to dreamland. I haven’t been able to pinpoint the origin of the energy that existed between us, but she kept wanting for us to consummate our relationship at every possible opportunity (of which there were admittedly few). I’d declined neither the attempts (spoiled by lack of privacy) nor the successful encounters, even though my captaining mind knew of the distorted version(s) and visions of infidelity they caused.

I think perhaps the attempts at connection were closely tied to borderline-catastrophic details associated with our surrounding at the time, a kind of trying to make order out of chaos.

I think it was probably kind of like the life perspective of those fishermen. Like, every moment -- waking and otherwise -- is tethered to a this-could-be-it mentality. The idea of being out there, on the goddamned ocean, most days of your life, in a tiny boat, moving at varying speeds, anchored in some semblance of perpetual fear that the vessel could tip, but that it’s okay because there’s good money in the endeavor is absolutely crazy.

Anyway, we’re holed up in my old room at my mom’s house, which is a weird concept in an of its own for a variety of reasons.

For starters, it’s the primary room in my many-homed memory. I had an Eddie Van Halen shrine, a desk lined with alphabetized cassette tapes, a basketball goal on my closet door, and mental snippets of the different guys I’d been across my residence in that room. We’d eventually patched all of the holes and painted it once I moved out…so that my mom could move in from the upstairs master.

She still stored all of her clothes up there and showered and got ready up there, but this was where she wound up sleeping for many of the 20 years leading up to her selling of the place. She’d decorated it like a living room of sorts, or a bed-and-breakfast rental. She put a television set in there and slept in there and likely had her regiment of nightmares in there.

During the end of my time, I’d had a key to the door knob. There’d been a bong stashed in my closet, condoms in my shorts drawer, and an ashtray I used with frequency. It was never entirely safe; my sister’s friends would occasionally break in there, steal some cassettes, pretend like it was a safe haven for smoking shitty weed and Camel Lights then vanish with happenstance-pregnant hopes that’d I’d just not notice. I mean, for fuck’s sakes…at least smooth the bedspread. If you’re not starting there you’re leaving blood stains at the crime scene.

It was a hell of a room, though, the place I finally settled and changed in more ways than even I know.

And then my mom lived in there.

And then here we were…in this dream, mildly concerned with staying warm were this to draw out long, significantly worried about contracting rodential rabies. In this tiny room that’s invisibly cornered off enough that having unnoticed sex with a person is actually a possibility. It was like its own habitat.

Anyway, I don’t know what else happened in there. When I made the notes I did about this dream, I laid out all of the bullet points, and then -- unlike other installments of this feature -- I felt forced to sit on it for reasons I’m sure could be surmised. I can’t stop thinking about those fishermen, though.

I can’t stop thinking about anything so absent of notoriety, so rooted in provision, so dangerous that -- no matter how long you do it -- every single time bears the same risk weight. And it makes me think of John Madden and the sheer joy rooted in his every inhale, exhale, fiddle-string pluck, and pint sip. The lot of them, those four Irishfolk, carried a certain contentedness in their bellies: the two men stoked at the notion of another sunrise, John Madden exhilarated for still one more pub jam session, and the bartender -- chapped and bitter in her own fisherwomanesque way -- somehow anchored in “Okay.” with regard to the proverbial dealt hand.

Order out of chaos, though.

Isn’t that what this whole thing’s about? Shit -- some shitty, some amazing -- happens all of the time, all over the world, and for sure all inside our worlds. It’s insane, and when you think about it, it’s kind of bizarre that there aren’t more blaring, obvious, mental-health cases within our existence(s).

So, yeah…that’s that. Life is so crazy that we dig for meaning inside of our dreams.

That’s kind of what Dream Fiction is all about, a melding of the two worlds, if you will.

Next time you find yourself stunned at why your dream makes no sense, think of it this way: Life is crazy and we are supposed to be awake, facing it, and reacting to it for two-thirds of every day. For years. And then, when we’re not -- when we’re painting our pillowcases with drool while we continue to experience the world in an unbridled, un-shoeboxed fashion -- everything seems so weird. Like, weirder than the awake weird. I suppose that leaves us to ponder what’s actually weird, and what’s not really that weird at all.

The answer is life.

Posted by blairjjohnson at 11:56 PM