You’ve seen the album-cover-a-day challenge on Facebook. Maybe you’ve enjoyed them. Perhaps they annoyed you. You might’ve even participated.

The rules are that you do it for 10 days and you can’t say anything about the records that the album art represents. No reviews, no nothing.

A bit of the way into mine, my sister commented that she imagined it might be hard for me to only pick 10, to not review any of them. And she couldn’t’ve been righter. So much so that I’d already been concocting a list of the albums that -- for one reason or another -- didn’t make it in to my top 10.

No one said you couldn’t make that list and review those albums. So that’s what this post is.

I love this record.

You should love it, too, and I honestly mean that.

You’re a human being that is breathing in oxygen and converting it to carbon dioxide. You have a heart that pulses blood to the end of your veins. You were conceived via the most primal human exchange. There’s no way you can metaphysically, biologically, and emotionally not love it. If you’re feeling  a sense of friction or resistance rise regarding these words, you have things to clear up within your psyche and your self. It’s actually amazing. As in, it will amaze you. Not to steal from a Louis CK bit, but step inside your personal use of the word “amazing.” Think about it. Did that thing really amaze you?

Anyway, the love with which this album was written, composed, and recorded is akin to  acceptance. It’s legitimate verification that you are an actual human on this planet doing the life thing. You know what it feels like to get mud on your hands, to zone off into a fire, to experience heartbreak, to snap out of a moment in which you were just mindlessly touching bases on your phone.

I once tried to weave the sentiment of this record into the closing thoughts of an op-ed piece for my college newspaper. Still might be my biggest epic fail.

If you’ve ever dabbed salt from your once-sweaty eyelids…If you’ve ever found yourself surprised amidst a full-glass-of-water chug…If you’ve ever held a baby or stood before a tombstone or found wonderment in the delight of a bite into the crust of an already-great piece of pizza, you know what it means to be alive.

You go Floyd, you gotta go Wall, or Dark Side, or Wish, right?

I dunno. Maybe Animals is a safe reach.

Sure. You can go Meddle, but it looks kitschy, no?

I left them off of the list, because there was no way I was gonna waste a pick on one of those three records, and I tried to get into the why-not of that thought. Where I landed was that Floyd was just a bigger animal all around. They were so massive, so turn-you-on-your-head that I had to immerse myself in a handful of their records and ask what it was about them that had defined me. Turns out it wasn’t any of their records. It was them. What they were, how they rewired the brain. How drugs helped.

Meddle comes in, though, or at least did <old-man voice> back in my day…when you’d classic-rock-radio’d yourself out on the list of airplayed Floyd tracks. You sit down with a record. Or you drive with it. Maybe both.

Regardless: tear-your-face-off intro song followed by the beachiest, mellowest cut you’ve ever heard. Then -- once you’ve settled into that don’t-know-what-I’m-gonna-get feeling, they clobber you with the most beautiful track of all time (ending, notwithstanding, of course). Back to beachy, only this time crisp. Finally: drowsy mixed with barking dogs precludes a Greek-mythology-rooted odyssey that literally encompasses the album’s entire second half.

It’s. Conceptually. Mindblowing. Even a hair’s shy of 40 years later. Still not a global enough feeling to include it, though.

I’m not sure what can be said about this album that hasn’t been said already, and I’ve already written about it, too. The Dylan discography is not unlike that of Pink Floyd’s: too broad and too sweeping to pick just one.

Skipped a decade here, but you know…

This record was like a time stamp. Can’t say a whole lot about it, save for it represented one thing inside the film and another away from it. It was kind of 1980s-American-youth defining. On a micro level. For a generation. Pretty cool stuff, though. 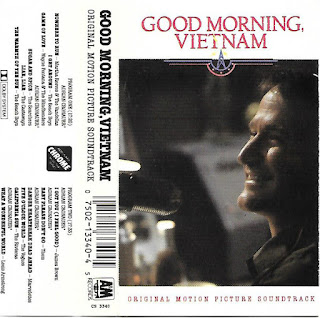 This was holy-shit, worlds-colliding material. The oldies of my youth meet the realization that the world has had blotches of bad splattered across it for a very long time. Cripplingly gruesome. Yet somehow sprinkled with uplifting. Powerful collection of tracks.

There’s an indescribable feeling about having an album blow your mind upon first listen and what it does to have that same record continue to blow your doors off decades later. These guys went eponymous three releases deep and from the opening chord strums of “Bamboleo” to the heart-wrenching passion behind “Tu Quieres Volver” -- such an incredible goddamned song! -- into calypso-surf followed by the penultimate get-up-and-clap-your-hands track that also supplants you from America…

Next come a pair of emotionally ridden ballads and they’re capped by a better version of Frank Sinatra than Frank Sinatra ever did. The explosiveness of “Djobi, Djoba…” Holy smokes. I played that shit for my kids and their minds were like sparklers.

This one’s tough. It was a major crutch of mine through the aftermath of a breakup that was supposed to be the relationship of my life. And that aftermath included storybook passion, disjointing drama, babies, and certain doom. So, my playing field might not be yours.

It got me from one place to another, though, in some way. So, I herald it for both that and its greatness. Amen.

Seriously, though. Putting this record on is like entering a different galaxy.

What power. If ever a more emotional roller coaster of an album has been written, I fucking missed that shit like the wind-blown piss of the buddy peeing next to you. Fucking “Kharma Police” and “No Surpises.” Jesus.

Which is not to excuse “Subterranean…” and “Exit Music…”

Holy fuck. Or even “Let Down.” That record is insane.

I mean…it’s the kind of tangible product that makes you want to turn to a Flaming Lips fan, expose your palm, and ask, Are you actually with us here on planet Earth?

I shouldn’t say anything else about this record, but a departure without mentioning “Lucky” would be nothing shy of an injustice. 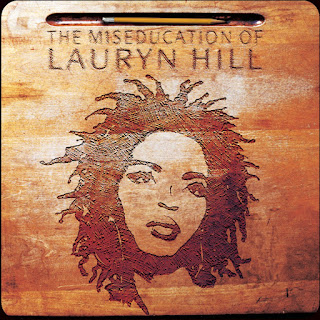 I’m not really sure where to go with this record.

I had (and have had) so many different feelings about it. And, really, I still do.

I mean, I thought we’d just discovered the female James Brown mixed with the female Q-Tip.

It was it. It was everything. It was incredible.

And then it turned in to something else.

It turned in to a tool, and sometimes a weapon. And then it kind of became a caricature.

I dunno. None of any of it changes the fact that I fucking love this record today just as much as I did when I first heard it. It’s like the emotional P-funk, if you will.

I don’t know how to classify this record beyond the fact that I fell in love with it the first time I heard it.

I felt connected with a human on a two-transfer level; I experienced womanhood and blackness in a raw, real, pre-social-media fashion.

And it was refreshing.

I mean, Fuck, man…What didn’t we cover in that record? And let’s not forget that we got to have it delivered by a woman! A beautiful, talented, goddamned woman!

“…to gain some, reciprocity!”

I felt like I got in to Lauryn’s extended-family, love, and black-woman lives. And it felt good there. Really. It did.

I also got the fuck down, ‘cause that shit was fucking fire…and still is.

Oh, and, by the way…here’s a free motherfucking dose of Carlos Santana. wut

In case you haven’t: Please go back and listen to these two things from that album. You’ll need headphones or earbuds or, um, I dunno…good hearing:

Lauryn Hill put out the best record anyone had heard in 10 years and then kinda vanished.
She also wrote lyrics, addressed issues, and recorded beats that have -- and still counting -- aced the time-passing stamp with a flying-colors grade.

I know this record well, and to attempt to dissect it would make me looking like an earthworm. It’s so remarkable. And speaks-to-you. It’s like the perfect Christmas gift: beautifully wrapped, delivered with a prestigious pleasantness, and uncovered like the magical elixir your very system required. It is. So good.

Bob Dylan put out 37 records. He covered everything in doing so. Lauryn Hill -- in some frame of reference -- did so with one.

Where have we come by the time we arrive at “Can’t Take My Eyes Off of You”? And then we are just supposed to seamlessly transition to “Tell Him”? 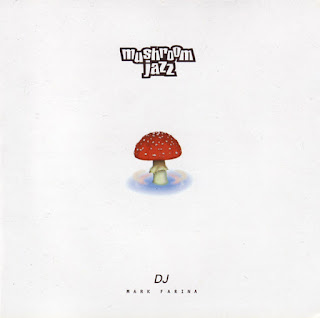 God damn it. I’m out of order here and had it in my notes to adjust, but whatever…

This shit falls in to the Pink Floyd category, and -- yes -- psychedelia matters here. Sorry. It just does.

Anyway, this is a launch pad.

Regardless…If you’re a pretty-chill person, and you’ve put some mind-altering substances in your mouth before, this is a buckle-in kinda situation. And the dude put out six (?) more volumes afterward? And each one was so goddamned good that you almost forgot its predecessor? I write these words hours after the United States got itself back in to the outer-space game.

You can know music and you can know it well. Then you can listen to Mark Farina and realize, Oh, right. There’re whole other planets and galaxies out here.

There’s something about rock bottom. Or whatever version of it needs labeling. Incredible songwriting. Incredible production. Phenomenal musicianship. And where are we left after the record’s opener? In need of a shower and a nap. That’s where.

Anyway, Mr. Isbell isn’t done. He hits us with “Traveling Alone,” “Elephant,” and “Flying Over Water” after that, which is totally fair. I mean, Gee. Zuss.

How do you even peel yourself off of the mat after that?

What could possibly be left in the tank?

There’s no room left for “Songs She Sang in the Shower” or “Yvette.”

This record was kinda the OK Computer of my post-married life in that it helped me limp through a phase or two of the trauma. And I’ve always felt a certain way about Isbell and this record: Your best work emerges from your rock bottom. It’d be nice to feel like I’m projecting towards my own personal “Southeastern.” It really would.

Posted by blairjjohnson at 11:42 AM