Penned this shorty over fourth-of-July weekend down at the lake.

It, like some of the finer things in life, are simple.

I never enjoy thinking about possible strife suffered by those who’ve felt the wrath of natural disasters, but when you stumble -- on a road trip, hike, or otherwise -- upon a bit of a flood or some overturned trees or a simple, beat-up piece of turf, I think (and hope) that the human experience has something to do with a reminder of our size and time in this world. A little bit of that has to do a body good.

Two Hundred Seventy-Three: the drivers at my job

These guys get a lot of grief, some of which they might deserve, but they make the whole thing happen. They operate the machinery. They fight the steps, ramps, rude operators, and the occasional arrogant staff member. They’re up early, sweating often, and working while most of the rest of the operation coasts through holidays. Many thanks to those who do their job with consistency and integrity.

Two Hundred Seventy-Two: married dudes who are independent and understand

Sometimes I meet couples that do everything together, seldom venture out alone, and seem to always be home at the same time.

Even rarer: couples that do all of these things and work together.

I don’t get the lack of a need for alone time and independence, and I don’t aim to judge those that don’t need it, but that’s not how I operate. I understand, then, when other independent married dudes admit to wedded friction and the challenge of how that’s managed. I understand (and appreciate) that there are other husbands that need time to themselves.

Solid wish for a fan base and an audience. Please consider if you’re not already registered.

St. Peter’s folks -- I love our connectedness, our intentions, and our results. As Father Steve alluded to in a late-June Mass: Here’s to “the next 90 years.”

I’ve discussed most (if not all) of my schools and my gratitude for them. I think our country does a decent job of making learning a priority for our children. We don’t have to be the best in the world; that’s not what’s important.

If we continue to provide funding and resources and passion to prioritizing education, we should continue to head in the right direction. I’m grateful for the foundation we have.

The greatest companion on the planet.

It’s a bright, bright world out there. Grateful for this invention.

I’m a bit of a creep so most lakes tend to not cut it for me, and I’m a bit paranoid, so no thanks to the ocean. Not much grander than a youthful summer filled with pool days, and now, being a father, I enjoy swimming (with my kids) more than I could have imagined.

Jerry Garcia had a lot of great companions, but none created that natural, soothing effect quite like David Grisman playing alongside the one-time Grateful Dead front man. Heavenly.

This magical sound garden in Morrison, Colorado may always hold the favorite-venue spot in my heart. Such good energy. Such great memories. Such a spectacle.

Two Hundred Sixty-Three: learning to ski at a young age

I managed to get the hang of this on the fake Snow Creek slopes and -- having skied a day of my bachelor-party weekend, I may never go again. Just in case, though: I’m glad I got it downloaded to the muscle-memory server.

To all the guys and girls who’ve ever slapped a drum: thank you; your sounds are wonderful.

Be it the catamaran small-boat sailing at Camp Bartle, motoring in a pontoon, or ripping the water apart in a Scarab, I give thanks for the opportunities I’ve had to move on the open water. Exhilarating.

For me this tops even boating. Nothing gets the adrenaline rolling like speeding atop tiny wave ripples or getting airborne via the big ones. Hell, even getting it wide open on a smooth stretch will get you high. I’ve never owned lakefront property or a boat or any of these types of toys, but I have friends that have. For those people and the experiences with them, I give thanks.

Although large the sacrifice, I have great gratitude to hold the honor of wearing my dad’s ring. 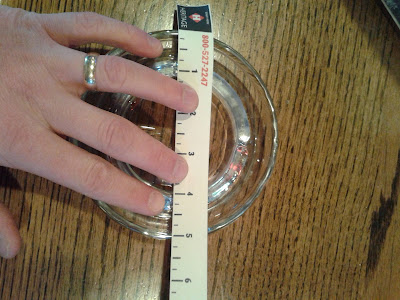 I give thanks to my stepmom for gifting me with it, and to the heavens that the reminder of him adorns my left ring finger.

This tool helps me no fewer than three times a day. Nothing like a search prompt.

It took me a while to get the Dead. This album put the light on in my attic. Thankful I bought it all those years ago.

Oh, man. That self-titled 1971 release set me free. Their sixth studio record came on the heels of American Beauty and Workingman’s Dead (and Aoxomoxoa, Anthem of the Sun, and The Grateful Dead) -- tremendous works in and of themselves -- nailed down for me what this band meant. The bluegrass, the jams, the love stories, the covers. One of my favorite Dead albums.

Such sweet, sweet sounds. Cheers to you who have mastered it.

I’ve got about five of these things.

They’ve hibernated in my basements for 15 years and they may do so for another 15. If I get the hankering one day, though, I might dig ‘em out and retool their innards. Glad I put pen to paper back when I did.

Ingenious invention. In. Genious.
Posted by blairjjohnson at 9:41 PM