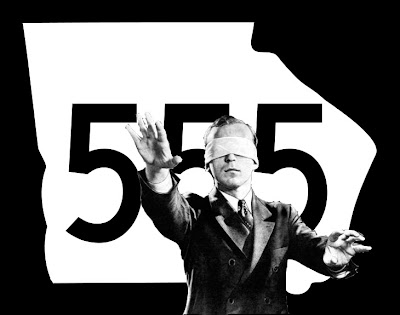 Just before 11:00 the next morning Seamus and I set out in search of Ewepie. I think we were headed west but all I know was that we drove past a few cattle ranches and wound up in garlic and onion country. The air was thick with their smell for 10 or 15 minutes ‘til it wasn’t. Then all I could see for miles was hay fields.

“Where’re we goin’?” Seamus looked at me out of the corner of his eye.

“I’m not worried,” I said. “It’s just that I can’t figure how you aim to find someone out in the middle of a hay field.”

He didn’t bother to look at me again, instead powering on the Buick’s stereo. Led Zeppelin’s “Tangerine” had just begun. I guess he thought the music would prevent me from further questioning, and I decided the noise was better than trying to get information out of him. Before the short number ended we approached what appeared to be a hub of the local irrigation system. Seamus pulled the car onto a dirt road, exhibiting a carelessness for the vehicle. I shook my head in frustration as I felt the suspension and steering shoulder the caution necessary for such terrain, an element for which the operator should take responsibility.

A ways down the road stood a shake-shingled shelter with a horse corral behind it. Seamus pulled over and shifted the Buick into park.

I watched as he disappeared around the small building, walking slow as though ginger with a muscle strain. I couldn’t hear or see anything for some time and my thoughts hung vapid and stagnant in my brain. The lack of mental activity seemed to suggest a need for rest and though the day had held little activity, my mind seemed to agree. My eyelids drooped and for the first time in the silence of the car a thought crystallized. It was of Thomas and his stealth dozing. The curiosity over why someone so young was always so tired permeated my head and in thinking of my own fatigue, I touched the lump on my head, perhaps hoping it might pique the dulled recall of what could have happened between Abel and the cowboy.

The sound of shattering glass jerked me awake. I surveyed the surroundings and -- still groggy from the drift -- felt compelled to take an inventory of the Buick’s front-seat contents. I couldn’t tell if the sound meant danger was present or soon to arrive, but it seemed one of the two must be certain. I exited the vehicle leaving the door ajar and cringed at the crumple beneath my every step. Halfway between the Buick and the edifice I stopped, afraid to proceed, curious if I should retreat. It occurred to me that if Seamus had found trouble and I had to flee, I’d need the keys off his person. Frozen with indecision, a grunt and then a thud sounded behind the shelter. I hastened my pace to the building’s wall and tried to flatten myself against it.

When I’d reached the back corner, my ears strained, deducing a struggle. The rate at which my heart beat was a concern secondary only to how loud my respiration seemed. I was so certain I’d be discovered that the watering of my eyes caused by retching confused my emotions; the urge to cry melded with my efforts to hold in my fear. I stole, nonetheless, the tiniest look around the corner and saw a man adorned from shoulder to heel in black denim. He stood in a pair of black Sheplers and the brim of his felt black Cavender lid pointed at the ground. When he spoke, I let out a tiny gasp and withdrew my head from the spy’s vantage.

“Knew you to be a smarter cuss than this, Felcher,” he said. “Almost insulted I had you pegged as a man ‘at recognized when to cut his losses.”

I couldn’t see Seamus, but figured him to be in a pile of trouble. The man -- Ewepie, I presumed -- removed his hands from his hips and reached into the left breast of his jacket. My face wrinkled then relaxed when I watched him withdraw a canister of tobacco instead of a firearm.

“So,” he said. “Tell you what I’m gonna do.” He stuffed a pinch against the inside of his lower left lip and mashed it around for a minute with his tongue. I stared as he paced in the three-foot span. At last, he spat.

“Ulysses,” Seamus said. His voice didn’t sound as weak as a whisper, but he writhed. That much I could tell.

“Now you listen to me, you wrung pile of butter cloth,” Ewepie said. The volume of his voice rose as the words came out and he punctuated it by clubbing Seamus with a lone stomp of a Shepler to what I imagined was his midsection. The blow jarred his Cavender free from the top of his head and it landed upside down in the dirt. As he retrieved it, he spoke again.

“I’m tryin’ to be diplomatic,” he said, dusting off the crown. “Don’t make it difficult,” he said. “I don’t like difficult.”

For a moment I felt as though I’d be less visible -- were he to turn around -- if I crouched. Squatting, I continued to watch the exchange.

“Now,” he said. “Like I was sayin’: You can have your money.” He turned to spit. “I won’t even take it back once you’re dead. Maybe you’re the sort that feels good about goin’ out with a victory. Maybe you’re not.” Ewepie bent over and picked up a rock. He tossed it in his hand several times then heaved it into the field.

“Your other choice,” he said, “is this: You leave here alive, without your cash, but you leave a different man than the one you came over here as. I reckon you’ll still be as stupid tomorrow as you are today, but now people’ll know it when they see ya’.”

After a brief silence, I heard Seamus speak again.

“Go fuck yourself, Penn,” he said.

“Well,” Ewepie said. “Now that wasn’t a choice, ya’ ornery little prick.” Ewepie pulled the right side of his jacket back from his hip and withdrew a Schrade from a leather holder fastened to his belt. “I told you I didn’t like difficult.” He took a step forward and bent down again with the blade clutched in his hand. Even though I couldn’t see beyond the boulder behind which he now hunched, I squinted hard. I heard Seamus scream then choke. Then I heard nothing.

Now it was certain that the moisture that ran down my cheeks were tears. I didn’t immediately miss Seamus or mourn him as much as I just felt alone and afraid. Somehow I summoned the means to make the flow cease and I wiped my face and looked back at the empty spot where Ewepie had stood. I had no idea what his next move was or if he even had one. I did, however, know that I had to have those Buick keys.

I rose from my crouch and made sure my ankles and feet and knees didn’t tingle. I pursed my lips and scowled, feeling that the grimacing fueled my launch, and sprinted the 30 feet to the other side of the boulder. Seamus didn’t look as grotesque as I’d imagined, but his eyes were open and that creeped me out enough to not look at him a second time. I dropped to a knee and crammed my right  hand into his right pants pocket. In an instant, the keys were in my grasp. With a quick glance upwards, the path back to the car seemed clear, but I remembered that Seamus’ -- or rather Abel’s -- Arsenal hadn’t been visible in the Buick. I jammed my left hand beneath Seamus’ body and immediately felt the gun’s handle against his lower back. I withdrew it and stood.

My takeoff felt even faster as I flew past the corner of the building where I’d spied and turned a tight corner. The Buick grew larger in my vision as I sprinted and upon reaching the open door I all but dove in. The thoughts in my head whirled like fruit in a blender and my hands shook so that I could barely insert the keys into the ignition. Naturally, I fumbled and heard them hit the floor mat beneath my feet. I padded blindly, keeping an eye on the building’s front, but couldn’t feel them. When I stuck my head down near my knee, I spotted them, furious that my hand hadn’t touched them, certain I’d checked that precise spot at least three times.

This time, Ewepie was there on the stoop, pointing at me. His stance lasted less than a second and I watched with a cross-eyed feeling as everything turned heavy and garbled. I turned the key and felt a small calm pour over me at the sound of the engine’s ignition. That feeling evaporated, however, when Ewepie drew a Remington from his waist-band front. I’ve never been heralded for my coordination, but somehow, in that frenzied moment of batshit insanity, with a foot on the brake pedal and my right hand on the gear selector, I extended my left arm -- Arsenal clutched in sweaty hand -- out the window and pulled the trigger in the man’s direction without so much as an ounce of thought given to aim.

The last thing I remember prior to mashing the accelerator was the reflection of the sun blinking off of his Remington as it twirled in the air. I feel like I recall Ewepie flopping backwards, but when I try to think back, I can only picture him wearing a brown leather jacket and blue jeans there on the stoop. So, needless to say, the moment is cloudy. What’s not was the vigor with which the tires roared in the dirt when I backed out. I hit the brakes hard, slammed the selector two notches down and crushed the gas pedal. I had no idea where I was going; only the last few turns of the drive out there remained fresh.

But it didn’t matter. Only one idea was on my mind: away.
Posted by blairjjohnson at 8:05 PM