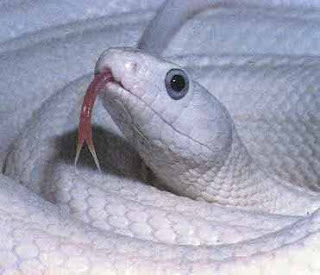 Anyway, I have no idea where this journey (Editor's Note: Language is a beautiful thing. That word there: journey. It's a beautiful thing when it sits there all coy and curious. You capitalize that first letter, though, and we're onto a whole other flavor of terrible '80s. And nobody wants that.) will take me. I've been a hushed voice in the chaotic metropolis of my head for too long now. I figured it was time to put my butt in the chair again and see if this vehicle can be forced to move again.

Few changes, though, this go 'round:

1) (Considerably) less sports.
2) A promise I'm likely to break with haste: fewer cliches.
3) It's just me. No team, no assignments, no expectations.
4) Beyond that, anything goes.

My therapist hosted this mindfulness retreat last month. The wife and I went, and, to spare you all of the details, my sort-of sign-off to the group as we were wrapping up was that I was frightened that all of the good things I'd learned might slowly spill out of me, like a not-quite-closed bag of leaves on the curb, if I didn't get a practice (of sorts) in place.

Inside my head's a pretty nutty place to be on most days, so if ever there's a moment of clarity and I can grasp it, I consider myself lucky. So, this text-message exchange happened today, and the background is this: I was interviewing this kid for a line-cook position, and he mentioned an industry name I knew, and when I heard it, I decided I'd try to get in touch with this person for a reference check. Later, I texted two bartenders I thought might could have this person's contact information. One didn't answer. The exchange with the one that did went like this:

Me: "What's up, homeslice? You happen to have Johnny Royale's number?"
Gnarly Nigel: "Huh?"
Me: "Johnny Royale. The guy that hired/fired you from Blinky's Malt Shop."
(Note: Prior to our exchange of nuptials, the wife and I spent many an evening sitting at Johnny Royale's bar inside Blinky's Malt Shop. Only later, when Nigel started tending bar at the Right Wing Lounge (of which I was already and still remain a semi-regular), did I learn that Nigel had worked for Johnny at the malt shop.)
Gnarly Nigel: "I know who he is douche. What is the relevance?"
Me: "Wow. Always a pleasure to chat with you. I'm looking for his phone number so I can make a reference call."
Gnarly Nigel: "No idea man. He has been mia for over a year since he got booted from the malt shop."
(Note: The kid I interviewed today said Johnny had been bought out. Whatever. It doesn't matter.)
Me: "I see. Well, thanks for making this exchange complicated and insulting."
Gnarly Nigel: "You started it brother."
Me: Not sure how asking for someone we both know's number warrants calling me a douche/inquiring of relevance when you had the answer in the first place, but okay."
Gnarly Nigel: "Well I really didn't appreciate the reference to the guy who hired/fired you. So of course I would be on the defensive"
Me: "I figured. But you admitted you knew who I was talking about, and besides, those were your words; I never even knew you worked there until you told me the story."
Gnarly Nigel: "Whatever man I am in vegas. Peace out"

Now. I'm sensitive. Always have been. Never used to admit it. Kinda started acknowledging it. Eventually owned up to it. Currently frightened by it.

Also, shit like this never just tinks off my windshield as I plow through the day. It sorta smears itself on there. Not like a bug on the highway, but like that yellowy tan pollen film that midwest trees seem to de-dandruff their heads of when you're sleeping in the spring.

So it sat with me after I'd gotten home and crawled into our bed with our daughter for the second of her two bedtime prayers. (Note: This was said daughter's first night in her first non-crib bed. So far I've only heard one peep. For those of you without children, this means two things: 1) Big, BIG things are happening 'round our house. Namely, 2) We will probably never sleep another complete night until our youngest -- not even scheduled to land on the planet for five more months -- goes off to college. Unless she doesn't want to go to college. It's whatever. I'm flexible. Just don't bring your pregnant, dropout ass back to my house, you junky. See, here's where my cue to make an I'll-never-sleep-again-either-way crack should fall, but the truth of the matter is that I sleep like a rock, so joke's on you, wifey. Hooray!) It was there with me as I felt the breeze come through the kitchen-table window. I thought about it as I chewed my bunless turkey burger, my sweet-potato fries, and my peas.

I mulled it further over a miniature scoop of Sea Salt & Caramel gelato. And when I stepped out for a few puffs of a Black & Mild, that's when it hit me. That's when my awareness of my awareness illuminated.

I realized that I was overreacting by not being able to move past the thing, by letting it fester in my gut.

I realized that I was gonna get back in there and start the dishes, that I'd remind myself to put a few extra grounds of regular coffee in tomorrow's blend, that I was going to start a new blog and see just what the hell that led to.

Posted by blairjjohnson at 2:00 AM